This tour was made possible by: SIMA’s Regional Touring Program, Restart Investment to Sustain and Expand (RISE) Fund – an Australian Government initiative, Create NSW and Australia Council for the Arts.

“It truly is a lesson in how to build, layer and develop tension” – LOUD MOUTH

PlaneFace is not of this world. The universe is his playground and just like a shooting star across the midnight sky, if you look up and happen to witness the magic, he will fuel you to revel in the unknown with wander and curiosity. His production is richly esoteric, expansive, textured and deeply rooted in what he aptly describes as space fonk, asteroid jazz music.

$40 entry includes band and a meal

Lazybones Lounge Restaurant & Bar is a  COVID Safe ✅. You must follow the conditions of entry.

This event is supported by SIMA’s Regional Touring Program, Restart Investment to Sustain and Expand (RISE) Fund – an Australian Government initiative, Create NSW and Australia Council for the Arts.

A glorious afro-funk celebration that crosses dub-funk hip-hop and Ethiopian jazz, Mister Ott are finally heading out to jazz rooms and dancehalls throughout NSW after realising their third album in 202. This is what you need to shake the last two years off. Their music merges mesmerising eastern sounds, tight jazz funk, hypnotic grooves with melismatic horn lines and high calibre ecstatic solos.

Band leader Matthew Ottignon is a gun sax player/multi-instrumentalist with indisputable musical genes originally from Auckland, New Zealand, and now based in Sydney, Australia. With an enviably busy diary including a mix of performance, composition and education, Matthew is one of Australia’s hardest working musicians. He creates sounds that spring from everywhere he’s been and everything he’s seen… music that’s undoubtedly earning him a place among the key constituents of the contemporary scene.

With a keen ear and an expansive range of musical experiences, Matthew’s original compositions comprise an amalgamation of melodies from many lands, in particular Ethiopian music, aligned with the free-form improvisation and syncopation for which African-pedigreed jazz is renowned. Mister Ott has three releases, the most recent being ‘In The Flow’ 2021.

Mister Ott will be touring regional NSW in 2022.

Mister Ott’s third album will be released on February 25th in Sydney. Save the date. Venue is locked in and will be announced soon. There will be a limited amount of vinyl’s for sale on the night and through Bandcamp.

Likely the last gig for the year, as I’m on tour with Scotch and Soda and Lah Lah and there are only a few breaks here and there. Back to our regular spot at 505, new music is on the way.

Mister Ott takes you on a journey, to another place and time where you lose your self in the music. Their music merges mesmerising eastern sounds, tight jazz funk, hypnotic grooves with melismatic horn lines and high calibre ecstatic solos. 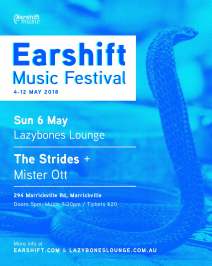 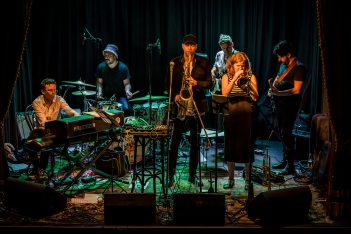 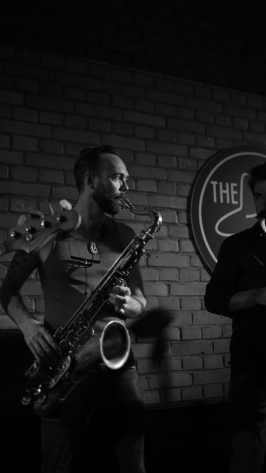